WAIPA & The World Bank Group (WBG) had a pleasure to present the details of the global survey report on Investment Promotion Agencies in the webinar held on 15 September 2020.

This webinar was held in the framework of a joint World Bank-WAIPA partnership focused on the development of Investment Policy and Promotion research for Development. It also provided the opportunity for those IPAs that did not participate to understand the recent efforts carried out by the World Bank and WAIPA in the investment policy and promotion arena.

The welcoming words were given by WAIPA CEO Bostjan Skalar and Christine Qiang, Investment Climate Practice Manager, WBG who highlighted the importance of the survey in a global context.

The survey does not only provide an extensive overview and characteristics such as institutional set-up and investor service offerings of the world’s national IPAs, but also include the current challenges they face and the reforms they would like to implement. After further input by Armando Heilbron, Investment Promotion Workstream Leader, WBG who led through the webinar, the co-authors of the report, Alex Sanchiz, Investment Policy and Promotion Consultant, WBG and Ahmed Omic, Research Analyst, WAIPA presented in details the three pillars of the effective investment promotion as well as touched base on a key issues of IPAs and best approaches.

The webinar was e conducted in an interactive manner and allowed for questions by participants. The Q&A session was moderated by Andreas Hora, Coordinator, WAIPA. 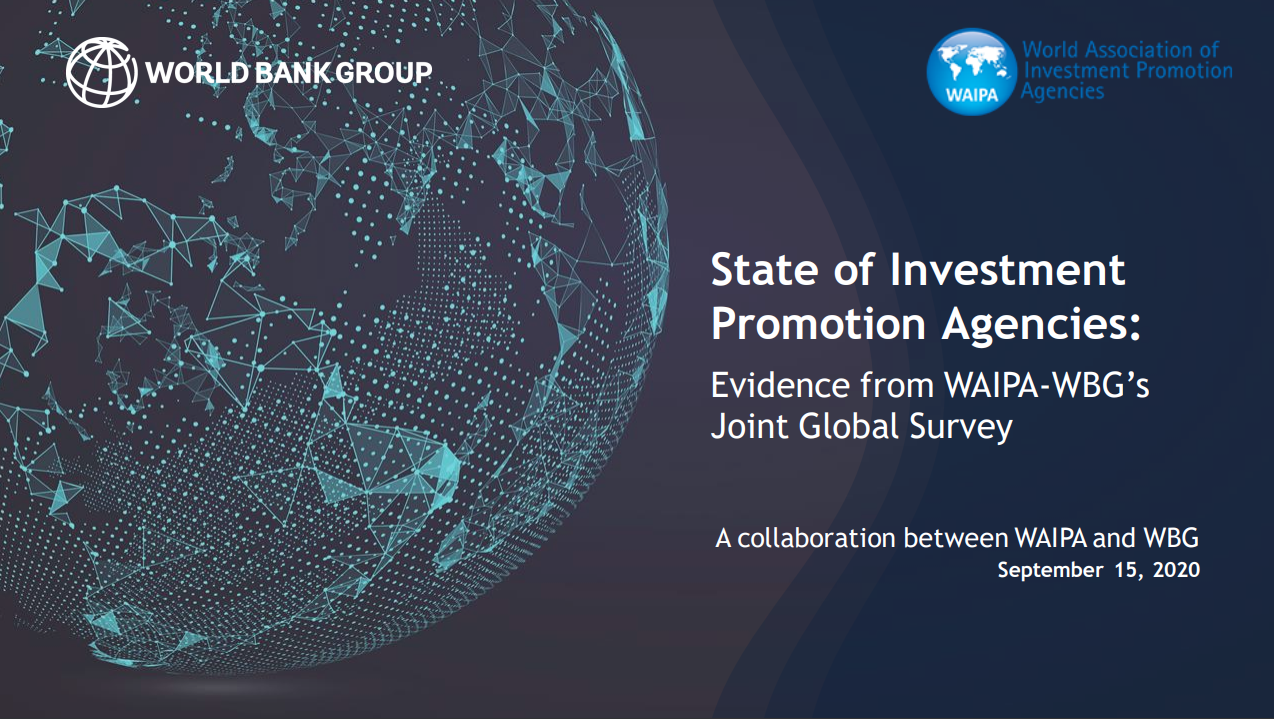