2018 was a historically significant year for Asia and the Pacific: for the first time, it became both the largest destination for and source of foreign direct investment globally. The region attracted 45% of global foreign direct investment inflows and was responsible for 52% of global outflows. The sheer scale of both inward and outward investment in the region raises important questions about the impact these investment flows can have on helping countries achieve the 2030 Agenda for Sustainable Development and its associated Sustainable Development Goals (SDGs).

As it currently stands, the region of Asia and the Pacific is not on track to achieve any of the 17 SDGs by 2030. While progress on some of the goals is evident, for more than half of them the region has remained stagnant or gone in the wrong direction. The slow pace of progress in this and other regions of the world has prompted the Secretary-General of the United Nations, António Guterres, to issue a global call for a decade of action, aimed at reinvigorating efforts to deliver on the SDGs by 2030.

With a growing number of firms from Asia and the Pacific becoming active outward investors, several governments in the region have recognized this potential of OFDI to generate favorable development outcomes and have begun to take commensurate policy action to support, facilitate and even promote such OFDI. To support these efforts and better understand the emerging potential of OFDI, the United Nations Economic and Social Commission for Asia and the Pacific (UN ESCAP) recently released a study which analyzes the various effects OFDI has on home countries, with a particular focus on countries in Asia and the Pacific. The study further identifies the policies and measures that governments can implement to harness OFDI for sustainable development and proposes a menu of options for policymakers in the region to consider as they develop their OFDI strategies and policies.

The study highlights the growing importance of OFDI and its development implications for home countries in Asia and the Pacific. In recent years, OFDI from countries in the region has increased considerably, a trend that applies not only to the larger economies but increasingly also to smaller countries, especially those in South East Asia. The degree to which countries are internationalized through OFDI (measured by OFDI as a percentage of GDP) is also quite high in some smaller developing countries. Thus, governments in Asia and the Pacific need to be aware of the implications resulting from the growth in OFDI for the development of their economies and consider responding to this trend through appropriate policies and measures.

OFDI has been found to facilitate positive development outcomes in home countries – it can generate financial earnings, enhance exports, facilitate more domestic investment, transfer know-how and nurture innovation, upgrade industries, improve standards, enhance productivity, facilitate access to resources and tangible assets, generate employment and promote economic growth in the home economy. Statistical evidence offered in the study shows, for instance, that OFDI has a positive impact on GDP, exports and R&D expenditure of developing countries in Asia and the Pacific, with mergers and acquisitions a particularly promising entry mode to promote exports. These econometric analyses, together with other available evidence, suggest that development outcomes from OFDI occur in many countries, contexts and circumstances, with some of them being more relevant than others for developing countries in Asia and the Pacific.

For many countries in Asia and the Pacific, OFDI is particularly important to access global markets and integrate firms into regional and global value chains, which can strengthen the competitiveness of firms and industries in the home country in ways that creates opportunities for inclusive and sustainable growth. Thus, OFDI can provide opportunities for countries in this region to achieve their sustainable development priorities and the study identifies how OFDI developmental outcomes can be linked to specific SDGs.

An overview of the specific options and tools governments have to facilitate, promote and regulate OFDI with the aim of achieving positive development outcomes is also provided in the study. Governments can designate responsibility for OFDI to a specific government agency and adopt various measures such as regulatory requirements, investment-related services, financial and fiscal support for OFDI, political risk insurance, international treaties, operational support for investments and measures to maximize the benefits from OFDI. They can target these policies and measures, which the study discusses in further detail, towards specific investments, companies and sectors to increase the likelihood of achieving the desired economic and development outcomes. Such policies and measures have been employed for many years by governments in advanced economies and some larger developing countries (especially China), while many smaller economies that experience growing OFDI flows, including those in Asia and the Pacific, have still fallen short of introducing them more comprehensively.

The study is rounded up by an examination of OFDI policies and measures in Thailand, Malaysia and the Philippines – three countries that have experienced considerable amounts of OFDI in recent years and have governments which introduced OFDI policies and measures over the past two decades. The three countries have, for instance, reduced and abolished regulatory restrictions on most OFDI and designated responsibility for OFDI to specific government agencies. Investment-related services, offering information on OFDI, matchmaking services and missions to promising investment destinations, are common in these countries. Some have arrangements in place to provide financial support for OFDI projects. Nevertheless, there is still scope for further, more comprehensive and strategic approaches to utilising OFDI policies and measures for the achievement of positive developmental outcomes in these countries.

The analyses and evidence provided in this study will help policymakers formulate and implement strategies that maximize the potential of OFDI and contribute to the 2030 Agenda. The study is the first among a series of studies UN ESCAP will release in this field. The next study, due to be released in early 2021 jointly with the World Economic Forum, will further develop the menu of options presented in the current study’s conclusion into a Policy Toolkit for OFDI. ESCAP, along with the World Economic Forum, look forward to presenting the Toolkit as well as both organizations’ ongoing policy advisory and technical capacity building work on OFDI to WAIPA members at the World Investment Conference this coming December in Abu Dhabi. 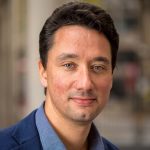 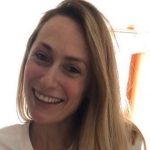